The Value of the Twinkie Brand

Frank Hurt, head of the second largest union at Hostess Brands, seems to have made a classic branding mistake, confusing brand awareness and brand value.

Mr. Hurt’s union, as you know, recently went on strike and continued even when company management said that doing so would force it to liquidate the company. On Friday, company leaders announced that they were shutting down 36 factories and firing 18,000 people.

According to today’s Wall Street Journal, Mr. Hurt is hopeful that someone will step in and restart the company.

Mr. Hurt seems to believe there so much value in the Twinkie and Ding Dong brands that the company will of course keep going. Kill off the Twinkie? Inconceivable! 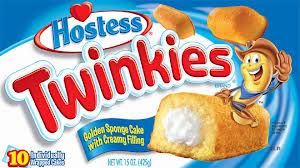 The problem is that there is a big difference between a well-known brand and a brand that actually has value. Awareness has no value. Everyone knew Borders but that didn’t stop it from failing.  Everyone knew Circuit City, Blockbuster, Lehman Brothers and Northwest Airlines.

Everyone knows Mitt Romney but he didn’t win.

Brands have value when they create customer advantage, when people care about the benefits the brand provides, are willing to pay for them and see the brand as best at providing them.

Twinkies and Ding Dongs have awareness and some value but clearly not enough to support an expensive work force.

The Twinkie may not disappear; a buyer will probably purchase the brand and keep it alive in some fashion. But Mr. Hurt should realize that the brands at Hostess just don’t have a lot of value so someone isn’t likely to step in and restore the well-paying jobs that are now going away.