Wal-Mart is an incredibly strong brand. It has very high awareness and an exceptionally clear positioning: Wal-Mart stands for low prices. The company is relentlessly focused on reducing costs and giving consumers the lowest prices. 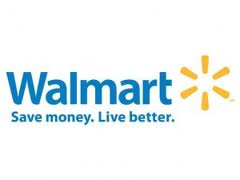 This is a huge problem for the Wal-Mart brand.

People don’t shop at Wal-Mart for the exceptional service or for the marvelous shopping experience. Indeed, going to Wal-Mart can be rather painful. People go to Wal-Mart because it is cheap.

But if people start to think other stores have lower prices, then Wal-Mart’s entire value proposition erodes. Dealing with weak service is fine when the prices can’t be beat. It is much less acceptable when you are paying a premium.

The biggest problem is that this is a perception issue. People have trouble keeping track of exact prices, so perceptions are important. If people think a price is low, then it is appealing regardless of the actual price. If people think they could get a lower price somewhere else, then they will likely go somewhere else, regardless of whether the prices actually are lower.

Wal-Mart has a major problem indeed.

Learnings from Teaching a Hybrid Course

The Problems with Student Debt Forgiveness